In your daily life, do you have the habit of checking your gas bottles frequently? You know, if you don't pay attention, there may be a gas leakage problem, which will cause an explosion! Since most people use gas (including natural gas and liquefied petroleum gas, etc.) for cooking at home, the safety hazards cannot be ignored!

1. A gas cylinder explosion on a ship in Taizhou caused 1 death and 1 injury

On April 14, 2016, there was a loud noise on the east side of the Sidunzi Bridge, Jingjiang New Bridge, Taizhou City, Jiangsu Province. The ship docked by the sandbank at the port was blown up. One person in the ship was killed and another woman was injured. According to the netizens on the scene and the wife of the deceased, the ship and crane belong to the same family. A couple has been engaged in the yellow sand and gravel business at the port for more than 20 years. Tragedy happened when I lit the stove with a lighter.

2. Two people were seriously burned in the sudden gas explosion accident at the Manjianghong Farmers Market

At 4 a.m. on September 9, 2016, a gas explosion occurred at a store in Manjianghong Farmers Market, Lusong District, Zhuzhou City, Hunan Province, causing serious burns to two people. The two injured were employees in the store, both men. A 40-year-old man had 35% of his body with moderate to severe burns, and a 20-year-old man with more than 55% of his whole body had severe burns. Both had certain burns to the respiratory tract. According to preliminary investigations, the facade of the incident was an illegal building. It is very likely that the natural gas pipeline was preempted and squeezed by the illegal building, which caused a natural gas leak and eventually a deflagration. 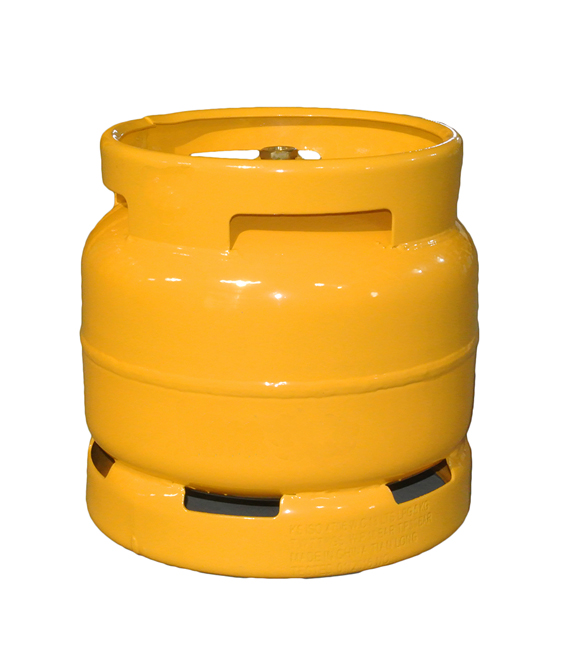 3. A man in Zhuhai was injured in a gas explosion causing 98% of his death

On April 20, 2016, when Yin, a 34-year-old migrant worker, was taking a bath in a garden on Yuehai Middle Road, Xiangzhou District, Zhuhai City, Guangdong Province, where he was renting, a gas explosion suddenly occurred and the fire swallowed him instantly. The neighbor said that when the incident happened, the landlord who lived with him was also burned by the fire. Later, he forcibly opened the anti-theft net and ran to the air-conditioning rack to escape, and his injuries were relatively minor. The medical certificate showed that Yin had a third-degree burn, with a burn area of ??98%, and eventually died. After inspection, the gas tank itself did not explode. After inspection, the valve of the gas tank was in an unscrewed state. The accident should be caused by the aging of the hose, which caused the gas leak to cause a deflagration accident.

How powerful is the gas explosion?

Isn’t it too dangerous that the LPG cylinders used at home will explode? actually not. The country has formulated very strict regulations and requirements for the design, manufacturing, material and pressure resistance of steel cylinders. Therefore, the use of steel cylinders under the premise of meeting the design standards will never cause accidents.

Reasons for the explosion of the gas tank:

1: The cylinder is overfilled. When "overweight" cylinders are affected by factors such as high-temperature exposure to the sun, stove or radiator baking, and sudden changes in temperature between indoor and outdoor, the cylinder is likely to explode.

2: The cylinder burns upside down. Usually, when the connection between the steel cylinder and the hose is burnt, the user is afraid that the fire will burn the house, and adopts incorrect "decisive measures", that is, drag the cylinder outside the house and let it burn. At this moment, if the cylinder is standing, it will not explode, and if it is lying on a floor with “heat storage” such as cement, asphalt, slate, etc., it may explode.

3: Working with steel cylinders. Cylinders are pressure vessels. If they are used for a long time without inspection, maintenance and repair, the cylinders will appear corroded, perforated, cracked, and lose their compressive strength. They will easily explode when exposed to high temperature, squeezing or collision.

In addition, some users use hot water to scald, fire-bake steel cylinders and other methods to promote the burning of liquefied gas, which is also very dangerous! Especially if the steel cylinder is burned with fire, the steel cylinder will lose its proper strength, which can easily cause the cylinder to explode.

How to find out that the gas cylinder is leaking?

Smell: gas leakage is easy to detect. In order to detect gas leaks in time, both liquefied petroleum gas and natural gas have been "odorized" during the production process. Once leaked, they will emit a "rotten egg smell".

Find the leak: Where is the air leak, you can use soapy water to detect the leak. Dissolve soap or detergent in water and let it melt, subject to bubbles. Use a brush to paint where you think there may be a leak, and see if there are any bubbles blowing. If there is, it means a leak.

What should I do if the gas leaks or even catches fire?

2. Open the door, open the window, and ventilate. It is strictly forbidden to touch any indoor electrical switches, because turning on and off any electrical appliances (such as electric lights, electric fans, exhaust fans, range hoods, air conditioners, electric switches, wired and wireless telephones, doorbells, refrigerators, etc.) May produce tiny electric sparks and cause explosion.

5. Call the police. If there is no gas leakage, such as outdoors, call the customer service center of the gas company to report for repairs. If the fire cannot be controlled, please leave the scene immediately after evacuating people, call the fire alarm in a place where there is no gas leak, and report the danger to the gas company customer service center immediately.Related reading: more products